Conkers, plonkers, and teachers who were bonkers

The young school-going kid of my day didn’t pay much attention to the four seasons of the year, except when they were marked by payoffs such as Christmas presents or Easter eggs….his real focus was on a different diary. There was the ‘hoop’ season, the ‘dobber’ season, the ‘bow’n’arrow’ season, the ‘bonfire’ and various others, including the one that brought this subject to mind…the ‘conker’ season These various pursuits were meant to fill the free time we had between school, meals, soccer, hurling, fishing, bird-nesting, and bedtime. We were busy kids and the summer days were rarely long enough.

It lasted until you went into secondary school when your free time diminished and your rabid thoughts turned to the swing of a Presentation girl’s skirt and ‘the way she’d be lookin’ atcha’?

We are now on the cusp of the conker season, but I wonder how many kids have torn themselves away from their computer game to saviour the delights and indeed the pain of the conker season? Below is a picture of a conker. Beside it is what we called a plonker. One is benign…..the other malign. In the wrong hands both could become malign? The plonker below is from the same tree as the conker(the Horse Chestnut)  and is the stem of the broad leaves. The one pictured here is 91/2 inches and in the hands of an aggressive 9yr old was as lethal as a medieval mace.

Finding a nail to hole your conker and then threading piece of string through and going to battle….only to have your prize find drawn and quartered with the first blow…..soon became too troublesome. Far better to arm yourself with a plonker and be ready for all comers. The secret was to pass the enemy at speed and deliver a full blooded wallop to his pole…..if he didn’t have his own plonker to respond with then that was the price he paid for coming to school unarmed. War was usually confined to the teeming school yard……however, unavenged blows could be administered in the classroom. If the victim was prepared to suffer in silence….then all was well, but if he cried…..breaking his vow of Omerta then the teacher went bonkers.

‘What are you winging about, Clancy?

‘Who hit Clancy in the head’

The silence that followed was usually long enough and heavy enough to resemble the silence that preceded the fall of the guillotine blade in the French revolution. The off with his head was replaced

‘Ye’re a bunch of Balloobas….Empty you bags’

As our precious plonkers tumbled out with our leabhair staire tíreolaíocht we waited.

‘Well a Hanly bocht…..what have we here?

‘You are indeed O’hÁinle bocht, is plonker thú…..What are you?’ 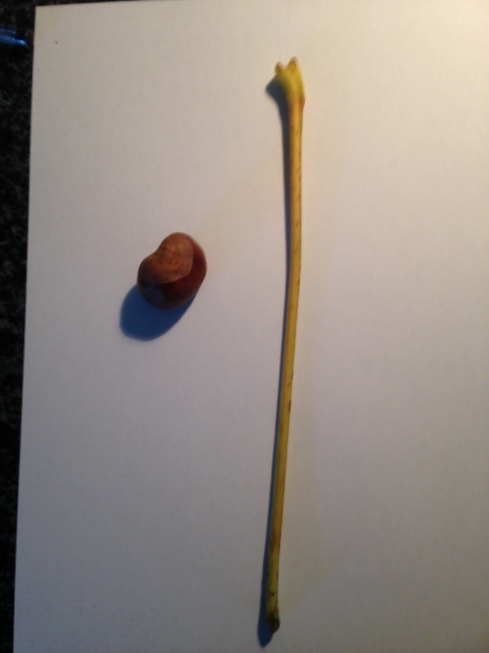 This entry was posted on Friday, November 4th, 2016 at 10:52 am and posted in Uncategorized. You can follow any responses to this entry through the RSS 2.0 feed.
« Mick Hanly&Donal Lunny November Tour
Next Week »